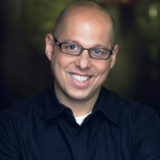 JC is a graduate of New York University’s film school. During his early days in the entertainment industry, he started his career producing and directing music videos for MTV.

JC gained valuable production experience on such films as The Fisher King and Star Trek V: The Final Frontier before joining Cruise/Wagner Productions as Head of Production and as Associate Producer on the film, Mission: Impossible.

He produced the independent films Slaughter Cove, Dead in the Water, Vince Neil’s Rocktails, Girls, Girls, Girls and Coming Out, as well as a concert series for Jessica Simpson and Macy Gray.

JC has produced and directed hundreds of hours of reality television in the United States for E!, G4, NBC, HGTV and other networks.

In 2010, he founded “Cinema175” with the hit romantic comedy Is It Just Me? This was his first feature film as producer, writer and director. It was an official selection of over 50 international film festivals and won several awards and honors, including audience choice and best picture.

His third feature film, The 10 Year Plan (2015), screened at over 51 international film festivals and won 10 awards for best feature and screenplay.

JC is also the creator, director and producer of the popular web series, Steam Room Stories, which has over 53+ million views to date. It is viewed around the world on its own YouTube channel.

Currently, he serves as a film professor at UCLA’s esteemed film school where he teaches a graduate level film production course.